These two dancers will represent our country under the tutelage of Ea Torrado, with their strong will and vigorous training for sure they will make our country proud. 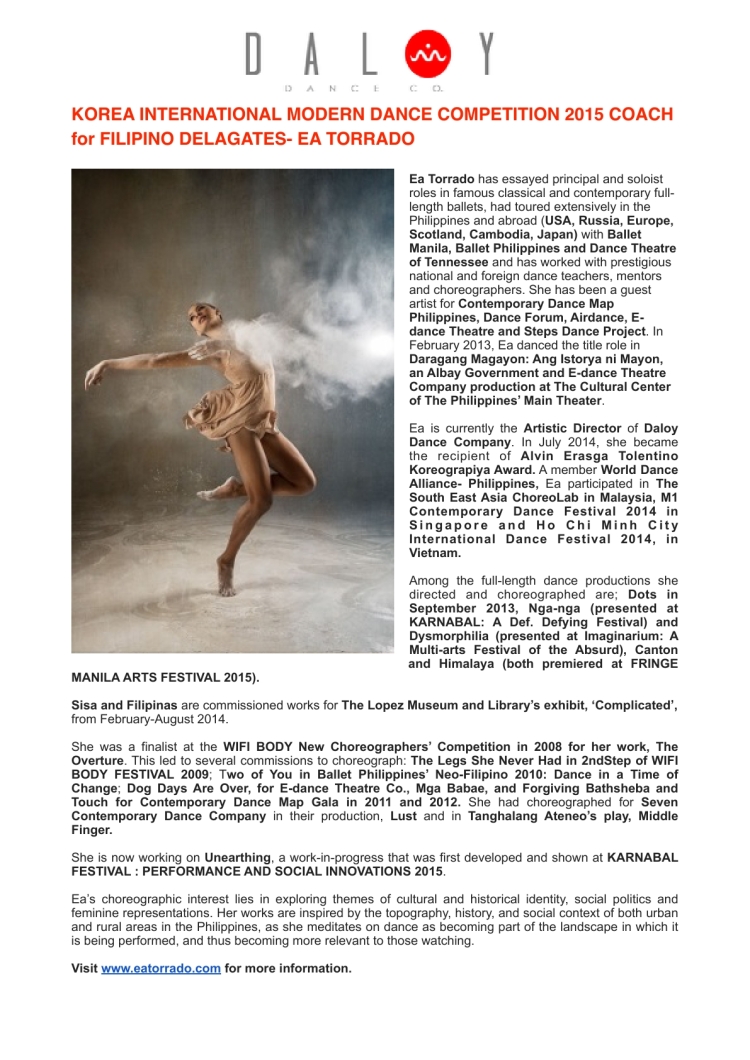 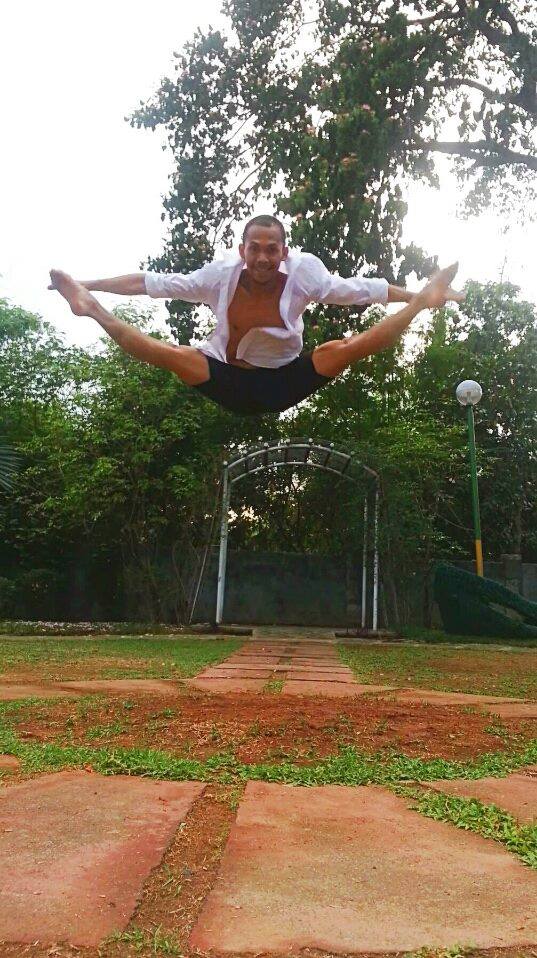 Daloy Dance Company is composed of a rare mix of artists with diverse backgrounds in theatre, music, ballet, jazz, folk dance, street dance, contemporary and modern, who value dance as a powerful medium that reflects a deeper human language.

Founded and spearheaded by its Artistic Director, Ea Torrado, the company aims to create a community of dance artists and collaborators in order to give rise to new perspectives and possibilities in contemporary dance. In bringing the arts to new heights, Daloy seeks balance between going with the flow and keeping centred.  Staying in the present while continuously striving to grow into the future, drives Daloy in presenting works with passion, power and fluidity. These  reflect the company’s open-minded attitude towards experimentation as it aims to create works of art that deepen human connections, impact people from multiple cultures, and foster unity, empathy and compassion among different communities; all while keeping a standard of excellence in performing and choreography.

Life + Style With Mariane formerly known as Life Is Our Dancefloor started as a personal blog by Mariane Detera since 2009, where L.I.F.E meets Style through Fashion, Fitness & Arts, Food & Travel and Finance.

For inquiries or collaborations: detera.mariane@gmail.com

Join 1,330 other followers
My Tweets